Ahead of Ecosummit London next month, we talked to Founder and CEO Jan Michael Hess about whether the prospect of Brexit will effect cleantech investment in the capital.

London might be a capital investment mecca now but could Brexit mark the end for Ecosummit in London?

“Right now all things are still imaginable but my current thinking is that we keep doing events in London irrespective of Brexit.

There are still too many important people here, you still have a lot of investors here and a lot of UK start-ups, utilities and corporates and they will continue to be here even if Brexit happens.

Also because of the cultural connections, London has always been the bridge to the US. Americans are generally more comfortable dealing with London ahead of continental Europe and we know American companies that want to develop strategies into Europe go through London.

It’s important for us to have a long-term strategy and we don’t believe in going in and out. A start-up company should take on the target market and decide to stay, as long as the competition doesn’t kill you!”

Has the Brexit vote already made it harder for prospective cleantech companies in the UK?

“After the vote a lot of the discussion has been mainly speculation and it’s true that is not really creating a positive business atmosphere for start-ups.

Some banks have discussed leaving London but in the start-up environment the banks don’t play such an important role. Perhaps for those that move into an IPO opportunity sure, but those are very few. You still need to travel around and meet the investors and, as of today, there’s still a critical mass of investors based here in London.

How is the London event shaping up?

“We now have a number of start-ups from across Europe coming to London, wanting to pitch and find partners for the UK market and to find connections. So far we have around 40 pitches, from Germany, France, Sweden, Portugal, Finland, Estonia and Israel, so it looks like these start-ups still believe in the UK too.

We’ve done the event three times in The Crystal building at the Royal Victoria Docks, the building of Siemens. It’s been great but this year we’ve decided to go more towards the city centre for the event to be more accessible for the important people in the city.

How to get involved

Get your tickets now. 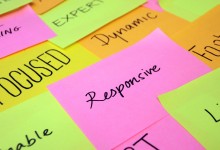 The three principles of communication: A guide for cleantech companies 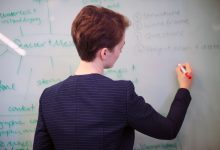 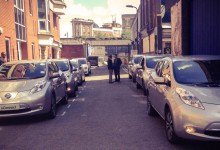