Out of 37 nominated startups, Skeleton Technologies took the Gold Award, with Solarkiosk taking Silver and the Bronze position handed to Grundgrün. 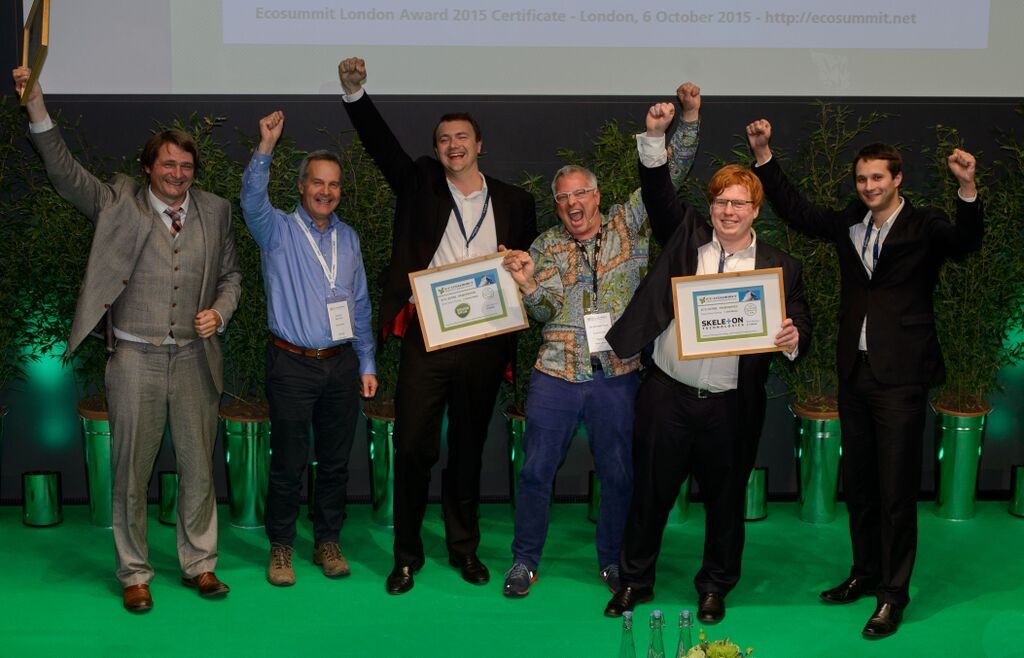 Skeleton Technologies CEO, Taavi Madiberk commented: “Winning the title of the most successful smart green startup in Europe gives us additional firepower and motivation, in our mission to build the best energy storage solution for our customers, and meet increasing market demand.”

Ecosummit Founder, Jan Michael Hess commented: “Skeleton Technologies are worthy winners of the ECO15 London Award. This is a company that we’ve known for a while and they’ve made really incredible progress in that time. The winner was chosen by a panel of 53 judges and it’s clear that people are very impressed with Skeleton’s story.”

Ultracapacitors are energy storage devices with much higher power and longer life cycles than batteries. The technology excels in capturing and releasing vast amounts of power in a short time frame.

Skeleton Technologies is the only ultracapacitor manufacturer to use graphene in their cells. The company uses a patented material that has curved graphene layers, allowing for better conductivity and higher surface area.

This material has enabled the young company to quickly achieve breakthroughs in product performance, delivering twice the energy density and 5 times the power density of competitors’ products.

So far this year, Skeleton Technologies has announced a major deal with the European Space Agency (ESA) to send ultracapacitors into orbit; raised €9.8 million in Series B financing; and developed the highest energy density ultracapacitor on the market.

Life Size Media and Ecosummit were media partners for the second time this year, and Alisa Murphy was presenting and acting as a judge. More detail coming soon on our blog about our experience at the summit for smart green companies.

Treading in the changing footsteps of the great polar explorer

All I want for Christmas is…to protect one of the world’s most biodiverse rainforests!